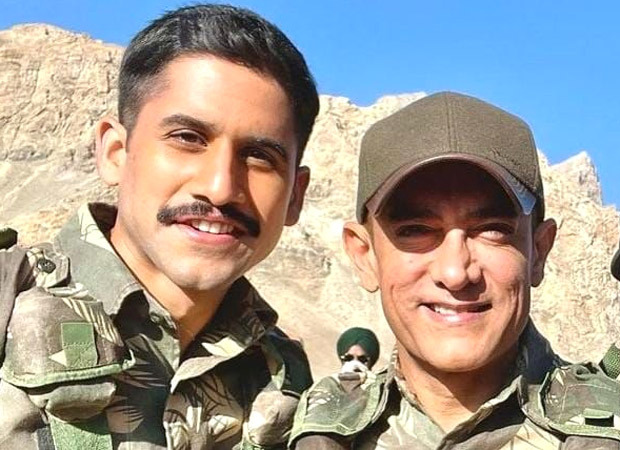 Films News > Blog > Bollywood News > Aamir Khan and Naga Chaitanya’s on-screen chemistry in Laal Singh Chaddha is one of the biggest USPs of the film, so now the makers will add more scenes of both.
Bollywood News

Aamir Khan and Naga Chaitanya’s on-screen chemistry in Laal Singh Chaddha is one of the biggest USPs of the film, so now the makers will add more scenes of both.

While the audience, especially the fans of Aamir Khan are eagerly waiting for the release of Laal Singh Chaddha, this new information related to the film will surely raise the anticipation and curiosity even more. If sources are to be believed, after watching the first cut of the film, the makers have liked the on-screen pairing of Aamir Khan and Naga Chaitanya and their performance to such an extent that they have decided to include more scenes between the actors in the film. .

Says a source, “After watching the first rush of the film, especially the scenes of Aamir and Naga, the makers have been surprised at the way they have come out. Unanimously, filmmaker Advait Chandan and writer Atul Kulkarni feel that Aamir and Naga’s on-screen chemistry is one of the biggest USPs of the film and hence they mutually decided to include more scenes of actors to make the film more attractive. Would be useful to make it more interesting.”

This sounds really interesting to hear. If sources on the set are to be believed, the Aamir-Naga pairing could be as famous as the Aamir-Salman Khan pairing from the comedy classic Andaz Apna Apna. Taking this expectation even further, Aamir revealed Sardar’s look with a turban last year which was well received.

Laal Singh Chaddha stars Aamir Khan and Kareena Kapoor Khan and is directed by Advait Chandan, with music by Pritam and lyrics by Amitabh Bhattacharya. The film is presented by Viacom18 Studios. Shot in over 100 locations across India, this love story spans different time periods of the Protagonists’ journey.

Laal Singh Chaddha is produced by Aamir Khan Productions, Viacom 18 Studios and Paramount Pictures and will release in cinemas across the world on the occasion of Baisakhi on April 14, 2022.