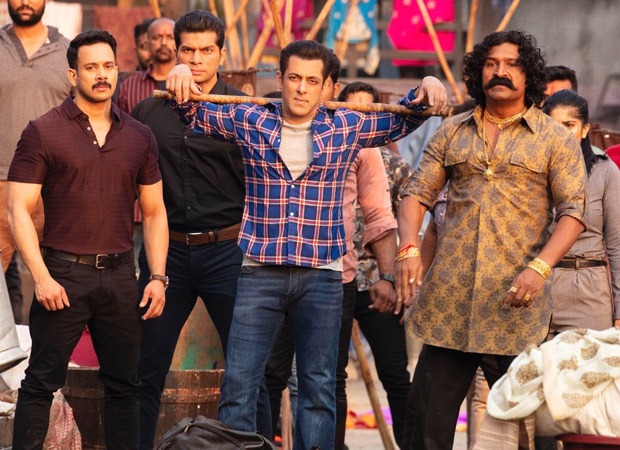 Fulfilling the commitment made by his fans, Salman Khan’s much awaited film Radhe: Your Most Wanted Bhai is finally released on 13th May. Along with cinemas, Radhe has also released on digital platforms. Although due to the lockdown in India, the Indian audience will get to see this film only on the digital platform, but in the overseas market it has been released in cinemas (where theaters are open). Cinematographers can watch the film on Zee5’s ‘pay-per-view’ service ZEEPlex for just Rs.249. Apart from this, Radhe is also available on DTH platforms like Dish, d2h, Tata Sky and Airtel Digital TV. Ever since the trailer has been released, there is tremendous enthusiasm among the people regarding this film. Here we tell you those 5 reasons to see Radhe.

1. To be honest, Radhe: Your Most Wanted Bhai was made for theatre. From Salman’s grand entry to the climax fight scenes, Salman’s whistle-blowing acting will make Salman’s fans go crazy. Radhe is completely Salman Khan film. He dominates almost every frame and his swag is still intact.

2. The second biggest highlight of the film is the film’s villain Randeep Hooda. The fight scenes between Salman and Randeep are worth watching. The way Salman vs Sonu Sood was dominant in Dabangg series, similarly Salman vs Randeep is dominant in Radhe. The fight between the two is one of the USPs of the film.

4. The pairing of Prabhu Deva and Salman, however, disappointed the audience in Dabangg 3 which could be one of the reasons as it is a franchise film in which the director has to carry forward the same story. But this is not the case with Radhe. Radhe is a fresh story so there is no pressure for them to take the story forward. This is completely Salman’s action film.

5. Although it is being said that Radhe: Your Most Wanted Bhai is a Hindi remake of the Korean film The Outlaws, but Radhe is a Salman style film in which a different form of Salman will be seen as never seen before, even Not even in Wanted which released in 2008.